The health benefits of apple cider vinegar and honey have been discussed for centuries. In Ancient Greece, oxymel was a popular health tonic believed to cure everything from insomnia to gout, blocked ears, chest congestion, tight muscles, and more. While it’s described in historical literature as ‘wine,’ oxymel is a potent mixture of apple cider vinegar, honey, and fresh herbs.

It’s a simple but timeless combination and one that’s recognized as an organic health food. We don’t call it oxymel anymore, but it’s still popular among proponents of natural medicine and plant-based diets. They say it’s an ancient mixture to cure modern ills. Are they right?

This article explores some benefits of apple cider vinegar and honey for health and wellbeing. It also answers some common questions about how to store and use both ingredients in a way that ensures maximum impact.

The Benefits of Apple Cider Vinegar and Honey

There are lots of easy ways to combine apple cider vinegar and honey in a health drink. Oxymel is just one of them.

It mixes the two ingredients with fragrant herbs such as basil, rosemary, rosehips, and oregano. Even simpler recipes stir the ingredients into warm water along with a little lemon juice.

The mixture is drunk as a health tonic just as it would have been in ancient Greece. The addition of honey adds antioxidants and a variety of nutrients to apple cider vinegar’s antimicrobial and cholesterol-lowering properties.

As nutritionists have only just started to study the ingredients’ presumed health effects, evidence of their potency is primarily based on folk tales and personal experiences. 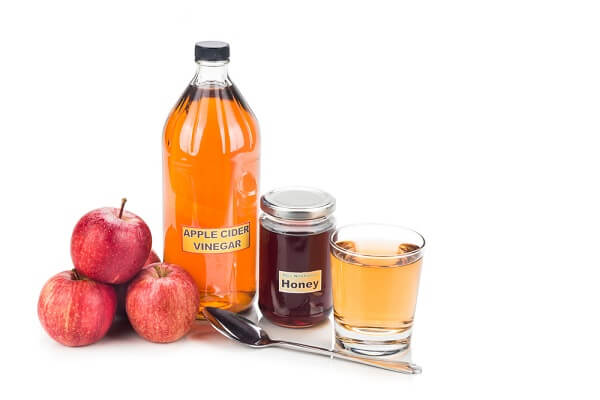 Researchers are just now waking up to the effects of acetic acid on weight loss. Several studies suggest the compound, which is found in apple cider vinegar, causes the body to produce less fat.

Acetic acid is the reason apple cider vinegar tastes so pungent. It is an acidic substance common to vinegar, pickles, and sourdough bread.

It is thought to slow digestion while also accelerating the movement of sugars from the bloodstream to muscle tissues.

When acetic acid is consumed daily as part of healthy foods, studies show the result is a reduction in body fat over time.

When combined with honey’s ability to increase glucose production and, in turn, speed up fat burning, you’ve got a powerful weight loss supplement.

Many people drink honey and apple cider vinegar for allergies and relief from seasonal sensitivities.

Some studies link apple cider vinegar to lower blood pressure and a reduced propensity for insulin spikes after large meals. Both effects are thought to contribute to the body’s anti-inflammatory defenses.

While research is still in the early stages, other studies say a combination of apple cider vinegar and honey boosts the health of the lymphatic system.

There is some evidence to suggest drinking three glasses per day (particularly in the summer months) strengthens immune cells and helps to break up stubborn mucus.

It may seem counterintuitive to drink honey – a pollen-based substance – for allergy relief. However, some health experts believe it works similar to getting a vaccine.

A negligible amount of pollen gets introduced to the body in a controlled way to allow it to adapt and become desensitized.

Both honey and apple cider vinegar have been linked to improved heart health. Honey happens to be rich in phenols and antioxidants which increase blood flow, prevent clot formations, and support healthy arterial dilation.

Similarly, apple cider vinegar is rich in chlorogenic acid which studies link to lower blood pressure and a reduced risk of cardiovascular disease.

When the two ingredients are consumed daily, the volume of triglycerides in the arteries drops. It’s a big health benefit because triglycerides cause fatty plaque blockages and impair circulation.

We’ve discussed the benefits of drinking apple cider vinegar and honey for health and wellbeing.

Now, let’s explore some common questions about how to store, handle, and consume both ingredients for optimal effect.

What Is The Best Way To Store Apple Cider Vinegar? 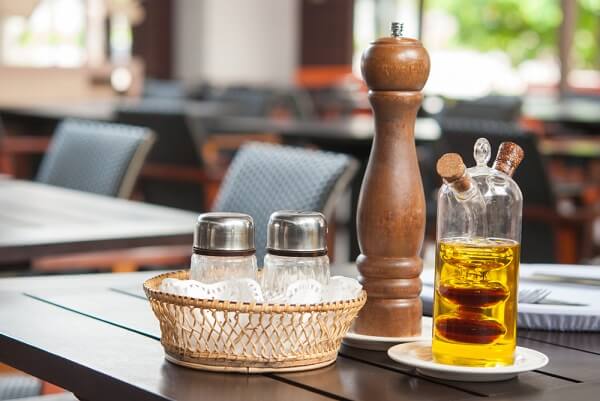 All vinegar products must be kept out of sunlight. Though, apple cider vinegar does not need to be refrigerated. Put your vinegar bottles in a dark and cool location.

Over time, sediments may form and the vinegar might start to appear cloudy. This is normal. Everything inside (sediments and all) is still safe for consumption.

Many people ask, can apple cider vinegar go bad? Well, not really. One great thing about the ingredient is its long shelf life. The high acidity levels make it largely inhospitable to fungi, microbes, and pathogens.

Its quality can deteriorate, as with other foods, but apple cider vinegar doesn’t go ‘off’ or spoil. It can be stored and used indefinitely provided you store it correctly.

Is It True Honey Never Goes Bad Or Spoils?

Apple cider vinegar can be easily stored in lots of places. What about honey? Does honey need to be refrigerated? Is it ageless like vinegar or does honey go bad over time?

Honey is a more sensitive substance than apple cider vinegar in terms of potential contaminants. Moisture, for example, is honey’s biggest foe.

Containers should be sealed tightly and stored away from sunlight and heat. Water must be kept well away. Make sure spoons are dry before dipping them in the pot.

The reason is not to stop honey spoiling, per se. Some scientists claim it’s the only edible substance on the planet which doesn’t ever, ever go bad.

However, even a tiny amount of water can kickstart the fermentation process. Then, you’re left with honey that’s halfway to becoming alcohol (or mead).

Does Honey Need To Be Refrigerated? 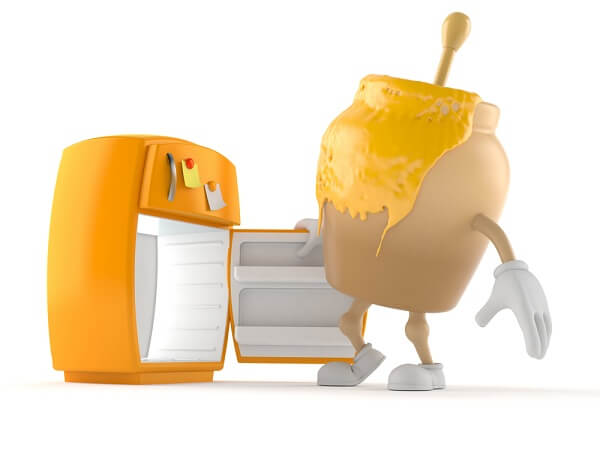 The best place to store your honey is not the refrigerator. This just speeds up crystallization and makes it harder to eat with a spoon.

Unless crystallization is what you want, make sure jars are tightly sealed and stored in a dark location at room temperature.

Is It Safe To Eat Crystallized Honey?

There’s a simple answer to the question, why does honey crystallize? Firstly, honey’s crystallization process has nothing to do with spoilage or expiry dates.

You do not need to throw jars away if they contain solid segments.

It is a completely natural process that occurs because its ratio of sugar to water is very unbalanced (70% to 20%).

There is not enough water for the abundance of sugar to neatly dissolve into. Over time, some of the sugar solidifies. It is the same substance, just in a different form.

As crystallization makes honey a little harder to eat (and less spoonable) some people needlessly discard it.

It’s a huge waste because crystallized honey tastes phenomenal on oatmeal, bagels, and in glazes and marinades. Plus, it only takes a little heat over a bowl of water to turn it gooey again.

You can even chew on pieces of crystallized honey if you’re so inclined. The point is it’s perfectly safe to eat and very nutritious. 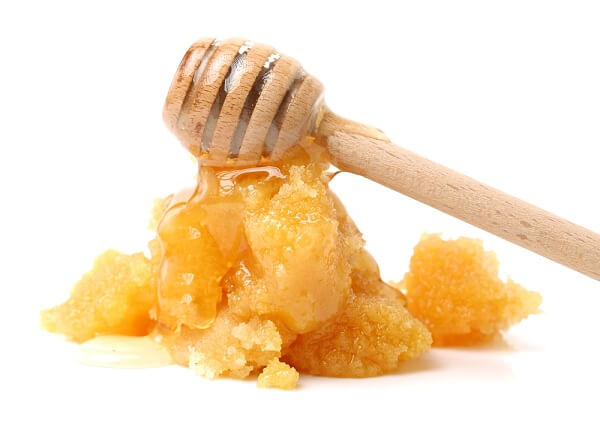 Is Honey Suitable For Vegetarians? 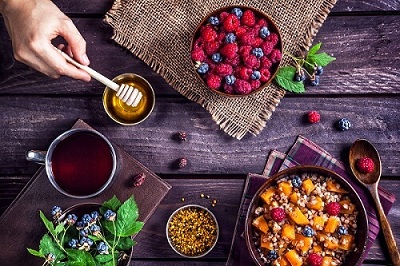 There is some debate about whether vegetarians should eat honey. The truth is most do. Certainly, vegetarians who eat chicken eggs and drink milk rarely have any issues with enjoying honey as part of their diet.

In some cases, challenges are raised concerning the wellbeing and treatment of bees on commercial honey farms. However, this is an argument more common to veganism.

Some vegans do eat honey. The majority exclude it from their diets as they consider it a product created from the labor of exploited creatures.

From a commercial perspective, honey is considered a vegetarian product and usually sold accordingly in supermarkets. Though, if you are a vegetarian, you should always read the label to make sure.

I Don’t Like Apple Cider Vinegar. Is There A Substitute?

It’s not hard to find a substitute for apple cider vinegar but few offer the same health benefits. Kombucha is probably the closest match in terms of a nutrient-rich health tonic you can consume as part of detox or cleansing routines.

Kombucha is a fermented tea drink. It’s naturally acidic but it doesn’t taste quite as tart as apple cider vinegar. Use it as a substitute for a health tonic.

For cooking purposes, you need a different type of vinegar. There are less acidic options assuming the flavor of apple cider vinegar is why you prefer a substitute.

Milder tasting alternatives include balsamic vinegar and champagne vinegar. You can also add straight lemon or lime juice to your recipes.

Could I Use Apple Cider Vinegar To Treat My Pollen Allergy? 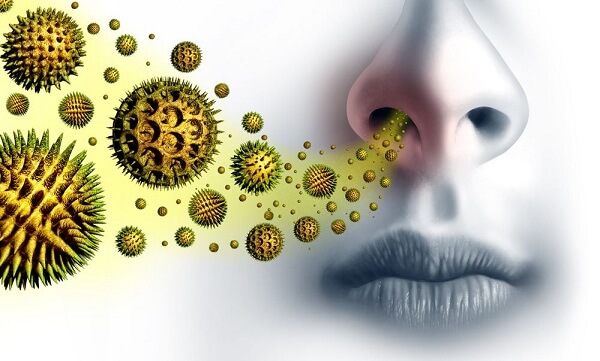 There is some evidence to support drinking apple cider vinegar for allergies, particularly seasonal pollen allergies.

Yet, it’s also important to acknowledge a lack of research in this area. Until we know more about the effects of apple cider vinegar on the sinuses and respiratory functions, it’s not a good idea to use this substance at the exclusion of more traditional antihistamine-based medicines.

In recent years, the popularity of intermittent fasting for weight loss and improved digestive health has soared.

It’s a complex process and there are many different ways to do it. Essentially, dieters or those looking to boost their gut health cycle between periods of consumption and fasting.

When performed correctly, intermittent fasting puts the body in a state of ketosis which accelerates fat burning.

For this to happen, the body must consume less than 50g of carbohydrates per fast. It’s not easy and some dieters consume extremely low-calorie substances to curb cravings without breaking the fast.

Apple cider vinegar is one of a handful of ingredients deemed ‘safe’ for fasting. The body breaks it down in a slightly different way to more substantial foodstuffs.

It is also very low in calories, sugars, and carbohydrates. Its effect on the digestive system is negligible but the body still benefits from its many nutrients.

Does apple cider vinegar break a fast? No, you can drink it in small amounts to curb any cravings and help your body get through a day without food.

An Easy Way To Try Apple Cider Vinegar And Honey

One of the quickest ways to try apple cider vinegar and honey is to brew the two ingredients together in a fragrant tea.

Simply, add one teaspoon of honey to 200ml of hot water. Then, add two teaspoons of apple cider vinegar. Stir vigorously. Let it rest for 1-2 mins.

Any cookies that may not be particularly necessary for the website to function and is used specifically to collect user personal data via analytics, ads, other embedded contents are termed as non-necessary cookies. It is mandatory to procure user consent prior to running these cookies on your website.

10 Things That Show People You’re Intelligent — Without You Having...

Is tomato a fruit or vegetable?